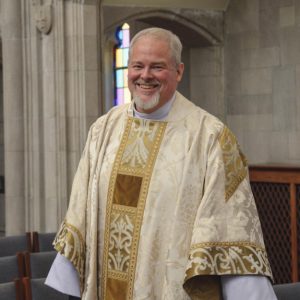 Fr. Sean was called as the 2nd Rector and Chaplain of the Chapel of Saint John the Divine in May of 2013. Sean received his Master of Divinity degree from the School of Theology at the University of the South in Sewanee, Tennessee in May of 1999.

Sean enjoys fly fishing, technology, theology, and college football. Prior to serving at the Chapel of Saint John the Divine, Sean served at Saint Luke’s in Jackson, Tennessee (a program-sized parish in the Diocese of West Tennessee), and as Chaplain at both Michigan State University and The University of Georgia. 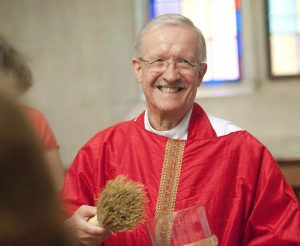 The Reverend Timothy Jerome Hallett served as Rector of the Chapel of Saint John the Divine from 1976-2011, and had a long and storied tenure at the Chapel. “Fr. Tim” sponsored many clergy across the Episcopal Church for holy orders, led the parish to complete the limestone gothic worship space (2008) and led the congregation to become a parish of the Episcopal Church as well a college chaplaincy (1994). In May of 2014, Tim was named Rector Emeritus and he is with us for many special events as his schedule permits. Fr. Hallett resides with his wife Mary in Bloomington, IL, near their children and grandchildren. 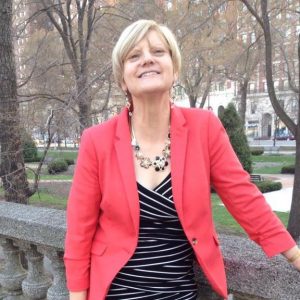 Linda Buzard became Organist at the Chapel in 1988 and Organist Choirmaster in 1990, succeeding her organ professor, Jerald Hamilton, who served the parish for over 25 years. Linda is a graduate of the University of Illinois with a Bachelor’s of Music degree in organ performance. She received her Master’s degree in Organ and Church Music at Northwestern University where she studied with Richard Enright. In her position, Linda oversees all of the Chapel’s choral music programs.

In 2005 Linda started the choristers training program at the Chapel and affiliated the Chapel with the Royal School of Church Music in America. Over the years Linda has attended 20 summer courses of the RSCMA with her choristers and has served on the staff as Housemaster, Organist and Proctor. Currently she is the national Exam Administrator of the RSCMA and is validated as an examiner at the Bronze, Silver and Gold levels. Locally she is active with the Tuesday Morning Musical Club, Mu Phi Epsilon and the chorus of the Baroque Artists of Champaign.

Her husband, John Paul, is an organbuilder whose firm builds pipe organs all across America. Linda has two children, Stephen, who is now the assistant organist at St. Thomas Church in New York City and Katie, who is a senior at Princeton studying vocal performance. 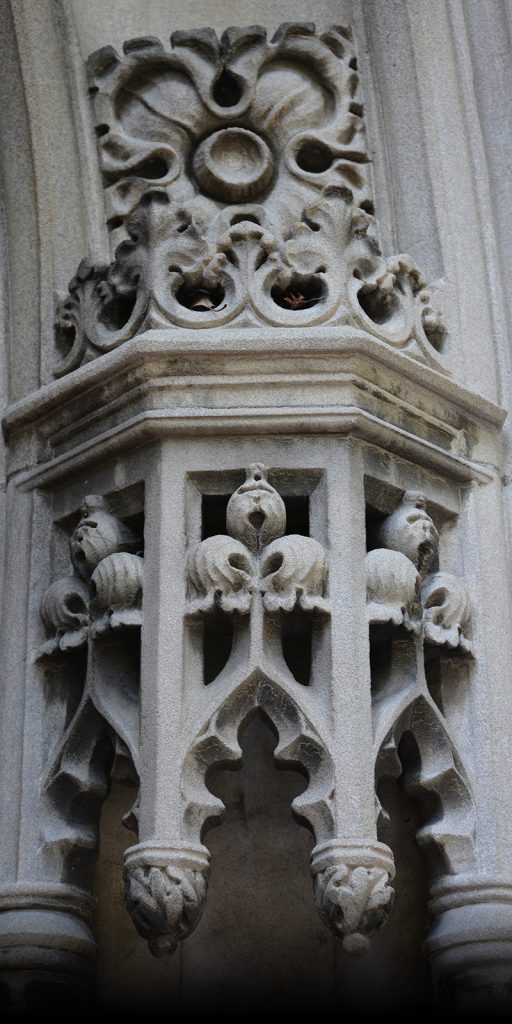